As a former Midwife who was in clinical practice for 14 years, I experienced first-hand the obstetric and midwifery challenges of labour and delivery and whilst for some, things may not run smoothly, for most women the birth of a baby is a wonderful event, bringing joy to the whole family.

Since my time on labour ward, internal investigation and reporting of traumatic outcomes, has served to improve standards of care on many units, but this has unfortunately not been the case for all Trusts.

Significant shortfalls in maternity services were identified at the University Hospitals of Morecambe Bay NHS Foundation Trust, following the Morecambe Bay Investigation chaired by Dr Bill Kirkup, which looked into a series of incidents, which included the deaths of mothers and babies during the period 2000 to 2019.

Donna Ockenden’s reviews of maternity care at the Shrewsbury and Telford Hospital Trust, follows the deaths of over 200 babies over the period 2000 to 2015, and found that patients were put in danger in a culture where women were denied a choice. Ms Ockenden is now leading a review of maternity services at the Nottingham University Hospitals NHS Trust, into a series of incidents in which babies were Still Born, died shortly after birth, or suffered injury or brain damage.

That reviews continue to find serious deficiencies in the quality of care provided to many women is deeply concerning , and provide evidence that there is still much to be done to avoid future tragedies, and to ensure all women are provided with the care they need for safe delivery of their babies.

The harrowing accounts of many are very distressing, and Donna Ockenden’s review of Nottingham University Hospitals, and implementation of any recommendations which follow, will hopefully be another step towards achieving improved care for all, and bring some comfort to the many families who have suffered such tragic losses.

We encourage anyone who has been affected by care received from any hospital to make contact with us so that we can begin to support you too. 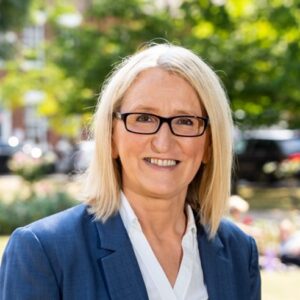 Kay has extensive clinical knowledge and deals with a range of medical negligence claims, specialising in baby loss and serious birth injury cases.