What is CTE and how is it affecting rugby players?

Last week the news emerged that eight former professional Rugby Union players have been diagnosed with early onset dementia and will be pursuing rugby authorities for compensation on the grounds of negligence. The dementia is believed to have been caused by CTE (Chronic Traumatic Encephalopathy) – a progressive, fatal illness caused by repeated trauma to the brain. Currently, CTE can only be confirmed by a post-mortem which makes it even harder to identify and work with this condition.

The most high-profile name among the group of players is former England Rugby World Cup winner, Steve Thompson. At the age of 42, Thompson claims to have no memories of the World Cup win in 2003. He doesn’t want to see rugby stopped, but wants to make the game safer for future generations. He spoke of one training session that involved around a hundred live scrums in preparation for a match.

The link between professional sport and neurological illnesses is nothing new. In recent years, both codes of rugby have seen high-profile players diagnosed with Motor Neurone Disease (Rob Burrow and Doddie Weir) with questions raised over how much the game has contributed to their diagnoses.

In 2014, the family of former footballer Jeff Astle agreed for his brain to be re-examined, years after his death and CTE was found to be the cause of his death after years of heading heavy footballs. This was followed this year by the death of 1966 World cup winner Nobby Stiles from dementia and the diagnosis of his former team-mate Sir Bobby Charlton.

What will all of this mean for the players?

This story has gained a lot of media coverage because of the nation’s interest in sport. Ultimately though, it is a story of men in their early 40s – most of them family men – experiencing great difficulties in their personal and family lives. Former Welsh player Alix Popham and his wife have spoken this week of how his increased aggression and memory loss are affecting their everyday lives. This week Popham was quoted as saying “We knew our bodies would be in bits. We had no clue our brains were”.

It is saddening to hear the condition these elite sportspeople have been left in following such glittering careers. In what should have been them looking forward to spending quality time with family, having sacrificed so much for their sake of their sporting career, they now face an uncertain future with the prospect of nursing homes and specialist care at an early stage of their lives.

The players won’t have taken the decision to commence legal action lightly. However, they now find themselves likely to need specialist care and support. Whilst they once loved playing rugby, they now have to put the needs of their families before those of the sport. It’s also clear from their comments that this is not just about compensation but also protecting the next generation of players.

So far the media attention has focused on the men’s game because of the high profile individuals involved. However, women’s rugby – which has grown rapidly in popularity in recent years – has barely been mentioned. The women’s game is not nearly as well-funded, with only the very top players on short-term professional contracts. However, the safety of female players falls equally within the remit of the rugby authorities.

Have the rugby authorities been negligent about head injuries?

It’s less than two weeks since Alan Shearer very publicly criticised football for its lack of clear concussion protocols. At the time, rugby was one of the sports he held up as an example of getting it right. So do these new cases call all of that into question?

Brain injuries are extremely complex and knowledge of the causes, effects and prognosis for such injuries is improving all the time. That can make it very difficult for a sport’s governing body to ensure that its protocols keep pace with the latest research.

There has clearly been progress in recent years in the way that rugby has treated head injuries, but the legal case will likely focus on whether they breached their duty of care and if so, whether such harm was reasonably foreseeable.

What do rugby authorities do to prevent and manage head injuries?

Head injuries have been a high priority for rugby’s authorities for a number of years now. Full contact rugby is subject to strict age limits for junior players. Recent years have seen the introduction of the HIA (Head Injury Assessment) during professional games. Players can be temporarily substituted following a head injury while a specific series of cognitive, balance and memory checks are carried out by a doctor, to identify signs of a brain injury.

Whilst the rules and protocols appear to be sound, there have been issues with enforcing them. Welsh winger George North suffered a series of head injuries in short succession in the same season. In one game he was briefly knocked unconscious but played the rest of that game after treatment. A number of medical experts and former players were very vocal at the time about what they saw as clear failures to protect the best interests of the player.

The big question around these measures is whether or not they are adequate and timely enough for an increasingly fast, physical game and heavy playing schedule in the professional era. As the case progresses we will start to see more answers for this.

Without doubt, the authorities, players and even spectators know that rugby is a very physical game. Steve Thompson retired from the game with a neck injury before later reversing this decision and playing on. He would then retire a second time from the same injury, so he is very much aware of the strains that professional rugby can take on the body.

To some extent, by choosing to play a sport that is known to be potentially dangerous, a player consents to an element of physical risk over and above that in everyday life or even in other sports. This implied consent may be cited by the authorities as a mitigating factor in any legal challenges from the players. They may also point to the fact that knowledge of the causes and effects of brain injury was much less advanced during the early stages of these players’ careers. The clubs and authorities could only work with the knowledge and best practice they had at the time.

However, none of this excuses any avoidable failings in player welfare from clubs or governing bodies, if they should be found as part of any investigation into these cases. Authorities will need to prove that they made good use of the knowledge available to them at the time, by putting appropriate protocols and in place and enforced them rigorously and consistently.

What could this mean for professional sport?

At Switalskis we endorse and champion what Headway, UKABIF and similar organisations have called for in respect of better care for sportsmen and sportswomen (at elite and amateur levels). These include proper concussion protocols in the game as well as considering better methods of training to mitigate the impact of diseases such as CTE.

The sad cases of those rugby players and those involved in professional football are possibly only the tip of the iceberg as more awareness is getting out there about CTE. We will watch the development of the rugby players’ claims with interest and stand by to advise and assist anyone who thinks they may be affected by poor standards of care in their respective sports.

As a keen sports fan, I really hope that some common-sense approaches can be found to strike a balance between the welfare of sportsmen and their families and the excitement and entertainment that professional sport can provide.

If you need help and advice with any aspects of head or brain injury, call us on 0800 138 0458 or contact us through the website. 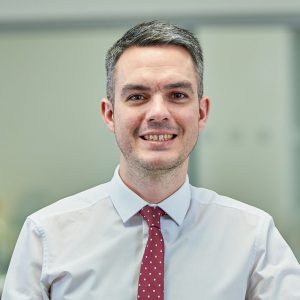 Ewan is a Solicitor in our Brain and Serious Injury team in Doncaster. He has specialised in this area since 2015 and joined Switalskis in February 2019. Ewan's profile