Justice for all? Proposed changes to restrict sexual history questioning

Do people who have committed an offence of rape, ever lie to a court and say they are not guilty? Of course. Defendants are regularly convicted of rape after the jury have rejected their denials during a criminal trial.

Rape can be a very difficult case to prove because it often comes down to contradictory evidence from the alleged victim and the alleged perpetrator. There are often no other witnesses at the crucial time, for obvious reasons.

That is why the credibility of the main parties’ evidence is often key. And it is why complainants have frequently been put through something of an ordeal when giving evidence in these cases.

Not only do they have to recount and relive the distressing incident they have been subjected to but they are further challenged about their character and honesty.

So should they be challenged and do defence lawyers go too far?

It is right that complainants are challenged because the jury have to be sure that they are telling the truth. However, it has long been a concern that this goes too far, especially when they have had to endure slurs about their sexual morality. Sometimes, it is as if the jury should conclude that the complainant must have consented to sex on this occasion because they’re ‘always up to that sort of thing’.

In 1999 the Youth Justice and Criminal Evidence Act introduced a law which said that complainants could no longer be cross-examined about their sexual history unless the Judge allows it. The judge may allow such questioning if it goes to counteract some piece of evidence raised by the prosecution or if it doesn’t relate to the issue of consent. In other words, if the purpose of the questioning is not just about saying the complainant has questionable morals.

The judge may also allow such questioning if the defence make a formal application in advance of the trial and the prosecution have the chance to argue against it. To allow it the judge would have to be satisfied that it related to a relevant issue and would avoid the jury reaching an unsafe conclusion.

In short, questioning about sexual history was not to be allowed unless the judge really thought that it was important that it could be.

Should questioning about sexual history be further restricted?

There is a new Private Members bill currently going through Parliament which seeks to restrict further the ability to question alleged victims about sexual history. The basis of this would appear to be that victims were still being questioned inappropriately because Judges were not exercising their discretion appropriately.

This could be a training issue for some Judges but the solution proposed by the new bill is rather to remove the discretion, than see that the discretion is correctly used.

No one wants to see victims of crime subjected to humiliation but the priority of the criminal justice system should be to ensure that the guilty are convicted and only the guilty convicted.

There is a genuine balancing act between the rights of the victim and the need for a fair trial. Victims must be protected but the innocent must not be convicted. It is a balancing act that requires good judgement and one would have hoped that Judges might be the people generally best placed to make that judgement.

The sound principal has already been established that any questioning about sexual history should generally be disallowed. If some Judges aren’t judging properly then they should be educated or kept away from these kind of cases. To remove the discretion from all the Judges who are properly performing their duties would be a dangerous route to go down.

The current law anticipates that there may be instances where there is a significant risk of injustice if such questioning is not allowed. It is to be hoped that any amendments do not disregard this as a possibility and thus decree that the risk of injustice is an acceptable price to pay. 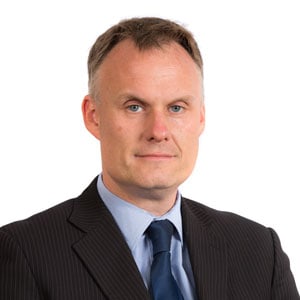