We’re very sorry to share with you the news that Richard Shore, our Director of IT & Operations sadly passed away last week.

Richard joined Switalskis in 2006 and to many of our team he was considered to be a friend rather than just a colleague. For all of us his sudden loss has caused much sadness. He went out of his way to help everyone. He was kind to everyone he met, gaining appreciation and friendships along the way. The loss of such a lovely man would be a tragedy at any time, but that it should occur so suddenly and at such a young age will be felt so much more deeply by us all.

We extend our support and condolences to Richard’s wife and two sons at  this difficult time.

When Richard first joined, Switalskis had just two offices in Wakefield and Bradford. During his 13 years with us, the business has grown beyond recognition. Richard’s role in the growth of the business was absolutely crucial. Over the years we have acquired a number of external businesses and specialist teams, each with their own unique requirements. Richard and his team have ensured that these new employees and departments were integrated seamlessly into the business and had the technology they needed to grow the business even further.

Richard also took on responsibility for our facilities and oversaw a number of office moves and refurbishment projects to ensure that our premises projected the right image to our clients.

In April 2012, Richard’s significant contribution to the growth of Switalskis was recognised when he was made a Partner – and later a Director – of the business.

Richard will be greatly missed by all of his colleagues and friends and will be remembered as someone who was not only helpful, kind and very knowledgeable, but always a pleasure to deal with. He will be forever remembered by us all. 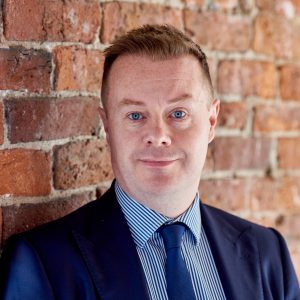 John Durkan is our Managing Director. He is a Chartered Accountant by profession and joined Switalskis in 2001. He later became one of the first non-lawyers in the country to receive approval from the SRA to act as a partner of a law firm. John blogs regularly about significant company-wide developments and updates. John's profile