The compensation scheme previously set up by the Ministry of Justice to compensate individuals who were physically abused by detention centre staff whilst they were detained at Medomsley Detention Centre has now been extended, a move which means that many potential applicants who were initially not eligible to receive compensation under the terms of the scheme when it first opened, can now make successful claims.

Switalskis Solicitors have been acting for clients in respect of Medomsley for many years. Originally we were able to secure compensation for a large number of ex-detainees of Medomsley who were sexually abused by officers who had been convicted of sexual abuse of young people there. We continue to pursue a number of similar matters.

Earlier this year the Ministry of Justice finally agreed to open a scheme to pay compensation to those who suffered physical abuse at Medomsley and I set out the background to the scheme and its original terms in February 2020 – see https://www.switalskis.com/compensation-scheme-for-trainees-at-detention-centre/.

At that time, in order to be eligible for a compensation award under the scheme an applicant had to have complained of being physically abused by a detention centre officer who had subsequently been convicted of committing one or more physical assaults whilst at Medomsley. The long running and continuing police investigation into the horrific abuse at Medomsley, ‘Operation Seabrook’, has resulted in 5 such convictions in the last couple of years and one further criminal trial is listed in 2021, having been postponed due to the covid-19 restrictions in place which has resulted in many court hearings having to be put back.

Unfortunately, the original terms of the scheme denied justice to very many ex-detainees who had been physically beaten at Medomsley. The scheme didn’t initially cover those who were assaulted by officers who for some reason had not been convicted (for instance because they had died before the Operation Seabrook police investigation started) or where the responsible officers could not be identified. Often it is only possible for general descriptions of officers or their ‘nicknames’ to be provided as potential claimants struggle to recall the detail of traumatic events which took place decades before.

Thankfully the Ministry of Justice have recently agreed to extend the scheme so that anyone complaining of being physically abused whilst serving a sentence at Medomsley will also now be eligible to apply for compensation under the scheme, regardless of whether the person they have identified as being responsible has been convicted or where they have been unable to identify the responsible officer or officers.

The different type of awards available under the scheme remain as before. They are:

Category 1 – A claimant who was physically abused whilst being detained at Medomsley for 3 months or less will receive a payment of compensation in the sum of £1,750;

Category 2 – A claimant who was physically abused whilst being detained at Medomsley for more than 3 months will receive a payment of compensation in the sum of £2,500;

Category 3 – Where a claimant can provide medical evidence to show that they sustained a lasting physical or psychological injury as a direct result of their treatment at Medomsley they will receive a payment of compensation of between £3,000 and £5,000. For an injury to be accepted as a “lasting injury” the injury must have persisted for a significant period of time beyond the period of detention and may include injuries such as, fractures, dislocations, scarring, depression and Post Traumatic Stress Disorder or symptoms of PTSD.

When considering the length of a claimant’s detention consideration will be given to multiple periods of detention and compensation awards will be based on the total length of sentence that a person served.

All legal costs are covered under the scheme so anyone seeking legal assistance to make a claim will not have to pay for that assistance.

Despite the fact that the scheme first opened just before the full impact of the coronavirus pandemic restrictions were felt, Switalskis have been able to continue to pursue claims and we have now settled over 100 matters. A large number are continuing. This ensures that many of those who suffered at Medomsley are now able to receive some form of justice. At the conclusion of each matter every applicant is provided with a letter of apology from the Ministry of Justice, something many of our clients find particularly helpful when trying to come to terms with the abuse that they have suffered. Often it is not primarily an issue of money that motivates people to claim. For those who were abused, the fact is that a successful claim reflects that a dreadful wrong done to them as young children and men has finally been acknowledged.

In addition to assisting people under the scheme we are continuing to gather evidence regarding how widespread the  so-called ‘short, sharp shock’ regime and indiscriminate assaults on detainees were during the 1970s and 1980s and continue to  seek to persuade the Ministry of Justice to set up a scheme to compensate all victims of this brutal regime, whether at Medomsley or elsewhere.

If you think you may be eligible for the scheme or simply wish to discuss your experiences at Medomsley Detention Centre or elsewhere then please contact either myself at rob.casey@switalskis.com or Caroline Chandler at caroline.chandler@switalskis.com or contact us by telephone on 01924 882000.

Disclaimer: The contents of this article are for the purposes of general awareness only.  They do not purport to constitute legal or professional advice, and the law may have changed since this article was published. Readers should not act on the basis of the information included and should take appropriate professional advice on their own particular circumstances. 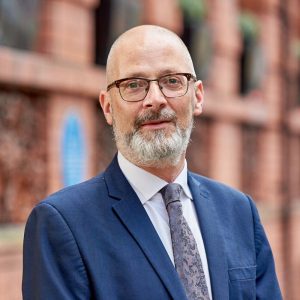