Islington Council – scheme for survivors of childhood abuse in the pipeline

Islington Council are in discussions about the possibility of setting up a scheme to compensate survivors of childhood abuse. The Council has put forward a plan to provide survivors of emotional, physical or sexual abuse in their children’s homes £8,000 as part of a support payment scheme. It is proposed that the scheme will be available for those who attended a children’s home run by Islington at which they suffered abuse between 1966 and 1995.

It is proposed that the sum provided would ultimately be deducted from any final damages amount which may be awarded by bringing a civil claim against Islington Council.

Debates are still ongoing at present but it is hoped that the scheme will ultimately be similar to that of the London Borough of Lambeth. Under the Lambeth scheme, which is due to close on 02 January 2022 and was developed following successful lobbying by the Shirley Oaks Survivors Association (SOSA), survivors can receive up to £125,000 (plus an uplift for racial abuse, treatment and therapy costs and in some cases additional awards for other losses).

The Islington Survivors Network (ISN) has been urging Islington Council to create a scheme to compensate survivors for a number of years. It is reported that whilst this new development is welcome there are a number of issues yet to be addressed.

Switalskis Solicitors represents survivors of abuse in Islington and the surrounding areas and so are familiar with the horrific history of abuse. Our child abuse team also has significant experience of handling abuse cases that fall within a scheme, such as the Lambeth Children’s Home Redress Scheme in which we represent almost 500 applicants. Aside from representing applicants within this scheme we have also led on working with the council to make amendments to the general working of the scheme which has been of benefit to applicants across the board.

At Switalskis we are pleased to see that Islington Council has acknowledged its harrowing history and that negotiations are ongoing. We hope that a true redress scheme is adopted by the Council which offers a non-adversarial approach to handling such sensitive and traumatic cases.

We are currently actively pursuing cases for abuse suffered whilst in the care of Islington Council. Should you wish to speak to a member of our Child Abuse Compensation team on a confidential basis please call us on 0800 138 4700 or contact us through the website. 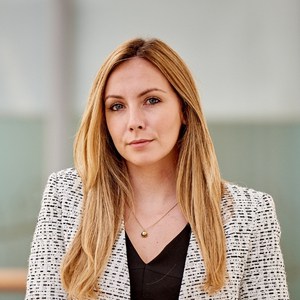