Last month saw the end of The Independent Inquiry into Child Sexual Abuse (“the Inquiry”) in Lambeth. This was an investigation into the extent of any institutional failures to protect children in the care of Lambeth Council from sexual abuse and exploitation.

As we know, children living in care, in residential homes and foster families, are amongst the most vulnerable children in society. The sheer volume of allegations of widespread sexual abuse in children’s homes run by Lambeth Council demanded that a thorough and searching examination of what may have taken place be brought to light.

The Inquiry undertook investigations regarding the nature and extent of, and institutional responses to, the sexual abuse of children in the care of Lambeth Council including those cared for in children’s homes, by foster carers and/or by adoptive parents. The investigation incorporated case­-specific investigations and a review of information available from published and unpublished reports and reviews, court cases, and previous investigations.

Both Amy Clowrey and Louise Kitchin of our Child Abuse Compensation team together with Barrister, Susannah Johnson of 7 Bedford Row, represented 28 Complainant Core Participants to the Inquiry, 6 of whom gave live oral evidence at the hearing. These survivors shared their harrowing and traumatic experiences during their time as a Looked After Child in Lambeth’s Care in the hope that Lambeth will learn from its mistakes.

The Inquiry concentrated on 5 children’s homes (Shirley Oaks, Angell Road, South Vale, Monkton Street and Ivy House) and looked in depth at abuse perpetrated by Michael John Carroll and Steven Forrest. The Inquiry was only able to look at a snapshot of the abuse (due to resources) the full scale of the abuse in Lambeth is much wider than this.

Evidence was heard from, amongst others; former and existing employees of Lambeth Council such as the former social workers, the former Chair of the Social Services Committee, the former Chief Executive, the Strategic Director of Lambeth Children’s Services, the Vice-Chair of the Social Services Committee, the Executive Director of Adults and Community Services, the Metropolitan Police, the Crown Prosecution Service, the IOPC, a representative of Ofsted, a clinical psychologist and further survivors of abuse.  What was clear from the evidence given was that abuse had been ignored and covered up and that children had not been given a voice. Complaints were often not taken seriously. If complaints were taken seriously, the way in which they were handled left a lot to be desired.

In addition, Lambeth, for many years, was in a dire state of affairs including financially and politically and this in turn impacted upon child services.

Lambeth commissioned report after report, including but not limited to; the Monkton Street Report (1987), the Clough Report (1993) and the Appleby Report (1995) yet these reports seemed to have been nothing but lip service given that little changed and the abuse of vulnerable young children continued until Lambeth children’s homes closed their doors in the 1990s.

The final report from this investigation is now being prepared and it is expected to be published in the summer of 2021. Amongst other things, we hope that changes will be made to how the criminal justice system deals with allegations of child sexual abuse and the treatment of survivors, that there will be better access to justice for survivors of abuse through the Civil Justice System, that it will become mandatory for professional persons to report child sexual abuse and that Looked After Children will be given a voice.  Such changes being implemented would help to ensure that history doesn’t repeat itself.

Lambeth Council have previously admitted their failings and publicly apologised saying “we know that many former children’s homes residents will never be able to forgive us for their childhood experiences. We are truly sorry for what happened to children in our care in the past and the consequences for their adult lives. While we cannot right those wrongs, we want everyone who is eligible for compensation to get it”.

Switalskis Solicitors also represent over 400 clients and have successfully secured approximately £12m in compensation for survivors of abuse through The Lambeth Children’s Home Redress Scheme (“the Scheme”) which compensates those who were abused or lived in fear of being abused while in Lambeth’s care as a child. It is hoped that within its report the Inquiry will recommend changes to the Scheme. Switalskis would like to see the Scheme being widened to include, for example, all foster placements. At present the Scheme only compensates survivors of abuse in foster care if the child was placed in a foster placement directly from a Lambeth children’s home.

As part of Independent Inquiry into Child Sexual Abuse, The Truth Project was set up which offers victims and survivors of child sexual abuse the chance to share their experiences.

When victims and survivors contact Operation Winter Key, they are under no obligation to provide a witness statement and they only need to provide the details that they are comfortable with providing. This can include withholding the name of the alleged abuser if they would prefer to do so. Additionally, victims and survivors are also able to tell Operation Winter Key about any sexual abuse incidents concerning third parties that they may have witnessed, if they feel comfortable in disclosing this information.

Should you wish to speak to Operation Winter Key, the key contact is DCI Dan Setter and contact can be made in the following ways:

If you would like any more information regarding any of the above, or if you have been a victim of child sexual abuse, please call us on 01924 882000, email Louise.kitchin@switalskis.com or amy.clowrey@switalskis.com

Disclaimer: The contents of this article are for the purposes of general awareness only.  They do not purport to constitute legal or professional advice, and the law may have changed since this article was published.  Readers should not act on the basis of the information included and should take appropriate professional advice on their own particular circumstances. 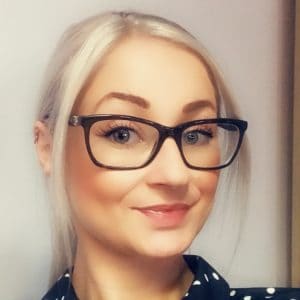 Louise is a Paralegal within our Child Abuse Compensation team and is based at our Wakefield office.