Guide To Submitting A Complaint Relating To Negligent Therapeutic Treatment

As a specialist in dealing with claims for adults who have suffered abuse and negligent treatment by mental health professionals, Victoria Thackstone, Switalskis Solicitors’ Litigation Executive, explores submitting a complaint about the practitioner’s conduct to their employer, membership organisation or governing body.

Firstly, it’s important to distinguish between complaints and civil claims, as the outcomes will be very different for each.

Successful complaints to employers can result in the practitioner being suspended or even dismissed. Employers are likely to report successful investigations to the practitioner’s professional body or membership organisation. Employers regularly deal with complaints under their disciplinary procedure which fall under employment law and as a result the client is not entitled to know the outcome of the complaint.

Successful complaints to a professional body or membership organisation can result in sanctions being enforced on the practitioner. These sanctions can range from preparing submissions setting out what they have learned from their behaviour, requiring them to undergo additional supervision; suspending their registration to the complaint organisation for a specific period of time; or even terminating their membership.

Complaints do not generally consider how the practitioner’s conduct impacted on their client and it is highly unlikely that a successful complaint will result in the client receiving financial compensation.

The only outcome of a successful civil claim is financial compensation. Some practitioners offer apologies, but this is not a guaranteed outcome.

Civil claims are not designed to punish the practitioner; they are designed to enable the client to obtain compensation as a result of the harm that they have suffered.

Whilst it is necessary to be able to prove the practitioner has been negligent in their treatment of the client, the focus of the civil claim is how the practitioner’s conduct has impacted on the client as that is how compensation is calculated.

Who Can The Client Complain To?

Currently, counsellors and therapists are not state regulated and do not have to be a member of a voluntary membership organisation to practice. There are voluntary membership organisations which counsellors and therapists can apply to be members of such as the UK Council for Psychotherapy (UKCP), the British Association for Counselling and Psychotherapy (BACP), and the British Psychological Society (BPS).

For ease I will refer to regulatory bodies and membership organisations as an “organisation”.

If the practitioner is employed, for example by the NHS, a private service or charity, a complaint can be made to the employer as well as to the practitioner’s organisation.

The client also has the option of reporting the practitioner to the police. It is our experience that police prosecution is rare, not because the police do not believe what is being said to them or they do not think that the issues are serious, but because the relevant law is difficult to interpret and apply so as to prove a case ‘beyond reasonable doubt’ as is required in a criminal court. In particular for events of a sexual nature, a criminal prosecution is more likely where a client is clearly incapable of consenting.

We appreciate that within the “complaint content” section below there is information and documentation that the client may be reluctant to divulge and we suggest the client consults the organisation to establish what information will be disclosed to the practitioner, to include their personal information and any appendices to the complaint.

The observations below are intended as a general guide. Any guidance to submitting a complaint set out by the organisation should be followed.

We suggest the narrative of the complaint is set out in chronological order and that dates are included when possible. It is understandable to not know exactly when something happened and in that case it would be helpful to include the month or season and the year to assist with establishing a clear timeline.

We recognise that the complaint may contain very personal and sensitive information. Where possible, we recommend that this information is set out within the complaint, to include all supporting evidence, to ensure the complaint is as comprehensive as possible.

Further, some organisations may refuse to later accept information or supporting documentation that could have been provided at the time the complaint was first submitted.

We recommend that the complaint is drafted using the facts of what has occurred, assumptions of why the practitioner did (or did not) do something should be avoided.

We suggest that the complaint covers the following areas:

As noted above, this is a general guide to submitting a complaint and any instructions provided by the organisation the complaint is being submitted to should be followed.

If you have experienced professional abuse or negligent treatment, please do not hesitate to make contact with us for an initial discussion. Initial contact is free of charge and without obligation.

Victoria Thackstone can be contacted on 01302 279745 or by email at victoria.thackstone@switalskis.com. 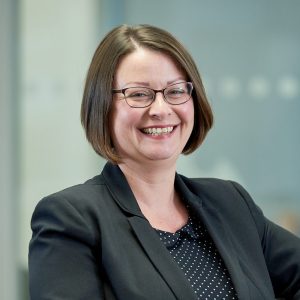 Victoria is a Litigation Executive, working on Professional and Therapy Abuse Claims. She is based in our Doncaster office and has worked in the legal profession since 1999. Victoria's profile