Norfolk police are continuing to investigate claims of abuse at the Norfolk residential school after former pupils called for a fresh investigation to be commenced in July 2019, following an investigation in 2018 which had ended due to there being “no prospect of achieving a conviction against any suspect set against the standard required by the court”.

The Eastern Daily Press passed new evidence onto the police in July 2019 which led to the police re-opening the investigation, which is still ongoing.  A police spokeswoman has said that the work is “complex and extensive so will take time to complete”.

Red House School (“the School”), also known as the Small School at Red House in Buxton, opened in 1984 and was presented as a soft option for problem children across the UK for an alternative education which involved trips abroad and a relaxed regime.  Former pupils have now come forward and shared details of abuse from both the teachers and other pupils, including sexual abuse from older pupils in the School.  The School has been described as the “home of horrors” by one survivor, whilst another survivor shared their experience of having broken bones from being restrained and being physically abused for not following the rules.  Those interviewed have claimed that much of the physical abuse was committed by head teacher Benny Joergensen, who was at the school from the late 1980s to mid-1990s, and passed away in 2013.

It has also been discovered that the School’s social worker was a paedophile who changed his name before arriving at the School, and who was sentenced to 12 years in prison in 2008 for rape, although he was not convicted of any abuse relating to his time at the School.

The School was later closed in 1998 following an investigation by the Charity Commission into its finances and the welfare of pupils.  It was found that funds were being channelled to the Danish group “Tvind”, which has been accused of being a cult-like organisation with some of its leaders being wanted in Denmark for alleged embezzlement.  A former teacher at the School, Steen Thomsen, blew the whistle on Tvind and supported the allegations of violence at the School, stating that one of the previous principals Steen Conradsen was “at all times… trying to express physical supremacy towards his students.”  Although most of the fresh allegations relate to a time after Mr Conradsen was at the School, some of the allegations relating to that time have already been investigated by the police.

Although a spokesman for the School said that they had no record of any complaints from pupils, some of the former pupils who have now come forward to discuss their abuse have confirmed that they had already reported their allegations to the police, and one survivor had written letters to his social worker in Durham in 1989 asking to be taken out of the School due to his “horrific” experience.  Later in 1989, pupils at the School had rioted, and the police were called to restore order.  One of the former pupils said “we thought they were coming to rescue us”, but instead 18 of the pupils were taken to court for violent disorder.

As investigations continue, we expect that more survivors will come forward to discuss the abuse they suffered at the School.  The Child Abuse team at Switalskis are currently investigating the possibility of bringing claims against the School and the Local Authorityhave extensive experience in helping survivors of historic child abuse, including those who were abused in schools and colleges.  We understand that this is a difficult topic for survivors to discuss and we have a team of experienced solicitors who are able to advise in a sensitive manner whilst maintaining confidentiality.

If you were a pupil at the School and wish to discuss a potential claim with a solicitor in our Child Abuse team, please contact our Head of Department David Greenwood at David.Greenwood@switalskis.com, call us on 0800 138 4700 or contact us through the website. 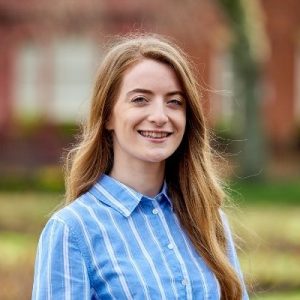 Ellie joined us as a Trainee Solicitor in 2021. As part of her training contract she will spend time in three of our specialist legal departments and is currently working with our Child Abuse Compensation department.