A two-day inquest at the Coroner’s office in Heywood, Greater Manchester, has concluded that failings within the paramedic service led to the death of a newborn baby in October last year.

Jessica Harland died on 12 October 2017 following an emergency caesarean section after her mother, Sarah Grimes, was admitted to The Royal Oldham Hospital with severe bleeding and abdominal pain. An internal investigation by the North West Ambulance Service NHS Trust concluded that the paramedic service failed to adequately assess Sarah Grimes and missed key diagnosis of the serious and life threatening condition which led to a delay in Sarah receiving definitive care.

The inquest heard that clinical errors by the ambulance service resulted in Sarah Grimes’ care being significantly compromised and led to a delay in her transfer to hospital. Consultant Neonatologist Simon Mitchell told the inquest that, had Jessica Harland been born earlier, her death would have been avoided.

The inquest closed on 30 August 2018 with a narrative verdict from the Senior Coroner for Greater Manchester North, Ms Joanne Kearsley, who said:

“On 12 October 2017, Jessica’s mother suffered a placental abruption. She contacted 999 and an ambulance was despatched. An adequate assessment and examination was not carried out and the gravity of the presenting situation was not recognised. There was therefore a delay in transporting the mother to hospital. This led to a delay in delivery of at least 15 minutes. At the point of delivery there was a placental separation, which led to Jessica sustaining an acute foetal blood loss and hypovolaemia.”

Sarah Grimes, who was at the inquest with her partner Garry Harland, said:

“We put our trust and our lives in the hands of the ambulance service. When an ambulance crew came to my home on 12 October 2017, they had all the information they needed to recognise that I needed emergency care. Their failure to recognise this led to crucial time being lost in getting me to hospital: time that cost my daughter her life.

“We are happy that the coroner has today recognised those failures by the ambulance crew. I feel that the hospital staff did everything they could to try and save Jessica.

“I cannot begin to describe how difficult the last 10 months have been. We sincerely hope that lessons will be learnt and that nobody else will have to experience what we have been through, and are still going through.”

Charlotte Reeves is an Associate Solicitor in the clinical negligence department at Switalskis Solicitors, who has been advising the family. She said:

“It has been an incredibly harrowing time for Jessica’s family. They are shocked and deeply distressed by the events of October last year and welcome the coroner’s verdict today.”

For media enquiries, please contact Karen Tinkler at The Partners Group by email or call 01904 610077. 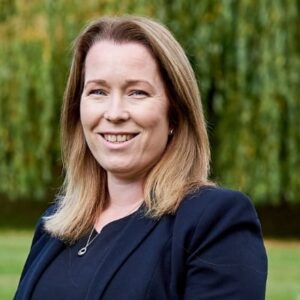 Charlotte is an Associate Solicitor within our Medical Negligence team based in Huddersfield. She qualified as a solicitor in 2003 and joined Switalskis in February 2010. In her time with the company she has specialised in Clinical/Medical Negligence and has completed her accreditation process for The Law Society's and is one of their panel of specialist Clinical Negligence solicitors. Charlotte's profile