A patient who was operated on unnecessarily by a Leeds Surgeon is calling for other people who have been treated by Mr Michael Walsh to come forward if they have concerns over their treatment.

The patient from Leeds, who wishes to remain anonymous, received treatment from Mr Walsh at the Leeds Spire Hospital in October 2017. He was referred by his GP after suffering pain and a pins and needles sensation in his dominant hand, which his GP suspected was carpal tunnel syndrome.

Despite being told in the first consultation with the Surgeon, Mr Walsh, that he would receive various tests and investigations – including an MRI scan – to diagnose his condition, the patient was informed in the second consultation that an operation was necessary to treat the suspected carpal tunnel syndrome.

Says Mr Walsh’s patient: “Having unnecessary surgery is very upsetting and extremely concerning. I lived with severe pain for over a year following the operation. I have two young children and the pain was so horrendous that I couldn’t be involved in everyday family activities. I was unable to work, to drive and struggled to sleep. I do not want anyone else to go through unnecessary procedures, which is why I have spoken out about my case, to encourage others to come forward.”

Says Lucy Wells, Associate Solicitor in Switalskis Solicitors’ Clinical Negligence team, who is representing the patient in an ongoing investigation into his care: “This unnecessary operation has caused significant distress for my client, particularly as his line of work relies on acute dexterity. The operation left him with considerable discomfort, scarring and suspected nerve damage.

“He endured over a year of unnecessary and agonising pain and suffering as his true condition remained undiagnosed. He has since undergone further surgery for vertebrae damage in his neck, which should have been detected by Mr Walsh as the cause of his symptoms.

“Mr Walsh’s specialist field is shoulder surgery, yet he carried out this hand and wrist operation, which also raises concern. My client’s case is in its early stages and the scale of the issue is yet to be known, but we urge anyone who has received correspondence from the General Medical Council or had any upper limb surgery performed by this surgeon – either referred by their GP or by the Leeds Teaching Hospitals – to ensure their case is known. This poor patient treatment must be exposed to protect others from unnecessary treatment in future.”

If you are a past patient of Michael Walsh, or need help with any Medical Negligence matters, contact us through the website or call us on 0800 138 0458 to discuss your circumstances. 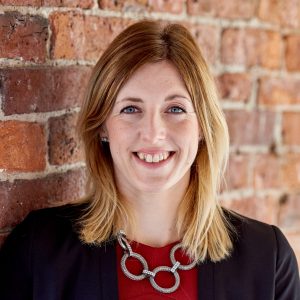 Lucy is a solicitor within our Clinical Negligence team in Sheffield. Since qualifying as a solicitor in 2010, she has always specialised in this type of work and joined Switalskis in November 2016. Lucy's profile