Like many other areas of the UK, West Yorkshire has seen a recent and large-scale investigation of historic crimes of sexual abuse and Child Sexual Exploitation (“CSE”).  The abuse in question was committed by large grooming gangs and spans decades from the late 1990s onwards.  The investigations by West Yorkshire Police cover large portions of the county but at this stage are mainly focused on the Huddersfield, Dewsbury, Batley, and Bradford areas.

In Kirklees and Dewsbury, Operation Tourway has led to 32 men being charged in relation to serious sexual offences against 8 complainants.  The allegations span 13 years, from 1999 to 2012 and involve offences committed against eight female victims, who were aged between 13 and 16 years old at the time of the alleged offences. There are currently 5 prosecutions ongoing with trials planned which will last until May 2022.

Operation Dalesway is a large and ongoing investigation into historic CSE crimes in the Bradford area which it is reported encompasses 32 separate case investigations. Two trials, each of seven men, are due to take place in the summer of 2021, with CPS decisions awaited on a number of other cases.  West Yorkshire Police have indicated that there are expected to be 5 further arrest phases this year.

Another of the West Yorkshire Police investigations, Operation Teeford resulted just last week in the arrest of 38 men and 2 women for offences which occurred between 1989 and 1999 in the Dewsbury and Batley areas of Kirklees.  The charges relate to 9 victims, who were young girls at the time the offences were committed.

Finally, the successful Operation Tendersea covers offences committed in the Huddersfield area between 2004 and 2011.  The first arrests were made in 2016 and, starting in 2018, the operation has seen 7 trials so far, with a further one due to go ahead in September of this year.  Tendersea has seen 38 men convicted of historic sexual offences in Kirklees, and overall prison sentences in excess of 420 years have been handed down in what is thought to be largest group of men convicted in relation to a single grooming gang in the UK.  15 of the men convicted received prison sentences in excess of 15 years with the ringleader, Amere Singh Dhaliwal, receiving a life sentence.

It is encouraging that some of the victims in West Yorkshire are finally getting the justice they deserve.  However, it is also a sad fact that, had these offences been taken more seriously at the time by West Yorkshire Police and the two local authorities, (Bradford City Council and Kirklees Council), then many young girls might have been spared years of sexual exploitation and abuse.

It is unfortunately the case that as well as failures by the police, there have been serious problems with the way Bradford Council and Kirklees Council have executed their safeguarding obligations.

The recently-published Serious Case Review by the Bradford Partnership – Working Together to Safeguard Children looked into Child Sexual Exploitation cases within the Bradford district since 2001 – has led to an apology being issued by the Partnership: “We want to apologise to the young people identified in this report and any others where the actions of agencies in Bradford has failed to protect them from child sexual exploitation”

A similar exercise was carried out by Kirklees Council Safeguarding Children Board (KSCB) in 2019 which identified that “the cycle of exploitation” went undetected and unrecorded by skilled and experienced social workers and managers within Kirklees Council’s Children’s Services department. Despite victims telling staff that they were being abused, this information was not acted on.

The offences committed by these large groups of paedophiles has left terrible emotional and psychological scars which have undoubtedly blighted lives.  Many of the women who Switalskis represent suffer the long term effects of the treatment they were subjected to, which include serious mental health problems such as Post-Traumatic Stress Disorder, Anxiety and Depression.  The abuse often detrimentally affected our clients’ education, which in turn has hindered their ability to work.

It is for all these reasons that Switalskis are committed to securing financial redress and compensation for anyone who was abused in this way, in order that they can get the help they need to move on with their lives.

It is almost certainly the case that the police prosecutions to date are only just scratching the surface of the abuse which occurred across the county of West Yorkshire over the last 2 or 3 decades.  Police continue to invite anyone who has been the victim of this or similar abuse to contact them, so that investigations can take place.

If you or anyone you know has been affected by this sort of abuse in West Yorkshire or elsewhere and wish to discuss the possibility of bringing a civil action confidentially, then please contact Sally Smith, Bev Mercer, or Amy Clowrey at Switalskis on 0800 138 4700.  Sally, Bev and Amy all specialise in Child Sexual Exploitation cases and will to be happy to consider your legal options with you.  We are based in West Yorkshire and are able to arrange to meet you in person, or talk to you by telephone or Zoom/Skype etc. 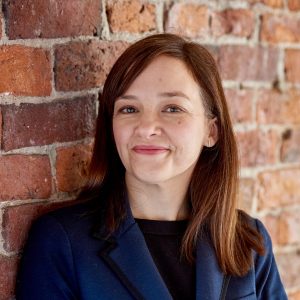