Inquest Update – Supporting families who have lost a child

Baby Loss is something we reflect on throughout the year in supporting families who have lost a child.

Baby Loss Awareness Week is therefore something at the forefront of our minds each year, and particularly so this week as an Inquest into the death of baby Cora Sinnott was held at the Sheffield Medico-Legal Centre during Baby Loss Awareness Week. We represented the family in the Inquest process from the beginning and continue to support them following the conclusion.

Cora Sinnott was born on 18 July 2020 at the Jessop Wing of Sheffield Teaching Hospitals Trust and sadly died on
19 July 2020.

The three day Inquest into Cora’s death was held this week and the conclusion was handed down by His Majesty’s Assistant Coroner, Tanyka Rawden, on 12 October 2022.

The Coroner heard evidence that Cora’s mother laboured at home under the supervision of midwives. She was assessed to be fully dilated, which was incorrect, and actively pushing, but following what was thought to be a failure to progress in labour and a realisation that she was not fully dilated, she was transferred by ambulance to the Jessop Wing where she was then classified as a high risk patient. Evidence was heard that the midwife left her Doppler equipment in the boot or her car by accident so Hannah was not monitored in the ambulance.

In hospital, care was allocated to a senior midwife, with a student midwife also involved, and assessments and reviews were carried out by doctors. The Coroner heard detailed evidence on cardiotocography (CTG) traces – a common method of monitoring a baby’s heart rate – including the times when decelerations in the heart rate were heard and the management plans put in place as a result.

The CTG monitoring was stopped in order to site an epidural for pain relief and when it was reconnected, decelerations in Cora’s heart rate were heard.

The doctors and midwives were asked at Inquest whether the CTG should have been disconnected while the epidural was sited but it appears Guidance is not clear on the point and it was left as a clinical decision. Hospital Guidance has since been updated to ensure CTG monitoring remains in place during the siting of epidurals.

Given there were decelerations in Cora’s heart rate when the CTG was re-connected the Trust’s witnesses were asked what the CTG would have shown, had it been connected. None were able to answer the question.

One of the decelerations was heard from outside the room by a senior midwife who entered to investigate and discuss the CTG with the student midwife, who was providing care at the time, before leaving the room again. Following these decelerations a much longer deceleration in Cora’s heart rate was heard (known as a bradycardia). The student nurse summoned the assistance of a more senior midwife using a non-emergency call bell. The senior midwife arrived and activated the emergency alarm system which summoned an obstetric team within minutes. The decision was taken to perform an emergency caesarean section to deliver Cora as quickly as possible but by the time they reached theatre Cora’s heartbeat could not be heard.

Cora was born in poor condition with no heartbeat. Extensive resuscitation efforts were made. Evidence was heard that national Resuscitation Guidelines advise resuscitation should be attempted for 10 minutes in such circumstances but the resuscitation team persevered for 14 minutes and were able to restart Cora’s heart. Their reasoning, given in moving evidence, was that Cora’s condition was not survivable in the long term and neither of her parents had met her yet due to the emergency nature of her delivery. The evidence given was that if the team could resuscitate Cora she would have some time with her parents before she passed away.

The Coroner heard evidence from the Trust on the changes they had made following Cora’s death. Changes to guidance documents, learning and training have been made in relation to the management of home births and monitoring babies’ heart rates during labour as well as the need for “fresh eyes” review of CTG traces (a formalised system of ensuring more than one qualified clinician interprets the CTG at key intervals) and the ability to digitally store brain scan information. Guidance was also developed in relation to neonatal resuscitation equipment and a review of available equipment was carried out with changes in practice implemented.

The Trust’s legal representative told the Coroner that the issues in Cora’s case had brought about change at the Trust.

The Coroner concluded that Cora’s death was as a result of natural causes.

Following the Inquest conclusion Cora’s parents, Hannah and Joe, made the following statement:

“There are no words for the devastation losing Cora has caused us and will continue to cause us every day of our lives. We should have our 2 year old running around our home filling it with love and laughter. Not a day passes that we don’t wonder who she would now be and what she would look like.

We’ve been tormented by the fact our perfectly healthy, 8lbs 8oz daughter was absolutely fine moments before birth and yet arrived on this earth lifeless.

We’ve needed answers to understand what happened and 2 years on, we finally feel we’re beginning to gain some.

We have a Cora shaped hole in our family that can never be filled and we’ll never stop loving her and sharing her story”.

Fay Marshall, of Switalskis Solicitors, who represented the family at Inquest, sad:

“Cora was Hannah and Joe’s first baby. She was much longed for and much loved. Cora was born at full term and was a well-developed baby. The Inquest has given Hannah and Joe some answers and they are grateful to the Coroner for her investigation and to the Trust witnesses for their detailed evidence.

While Hannah and Joe have some answers about what happened to Cora it does not take away from their grief. Hannah and Joe were encouraged by the changes made at the Trust and, as with many parents in their position, they want to ensure no other family has to endure the loss of a child”.

Many of our solicitors have dealt with baby loss cases and have seen first-hand the trauma that the loss of a baby can cause. If you believe the loss of your baby could have been prevented, please call us on 0800 138 0458. 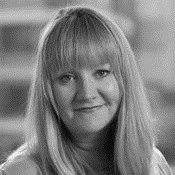 Fay deals with a range of medical negligence claims and has solid experience in dealing with trauma, bereavement and vulnerable clients. Fays profile