Historic abuse and the CICA

The BBC has today published an article about the Criminal Injuries Compensation Authority (CICA) scheme and the rules which mean that some victims of childhood sexual abuse are unable to claim compensation through the CICA.

Many people, including the survivors of historic child abuse, have found that their applications have been unsuccessful due to the outdated nature of the current CICA rules. The Government are undertaking a wider review into how the victims of crime are compensated as part of the Government’s new Victims Strategy. It is anticipated that the outcome of this review, expected later in 2019, will make recommendations that will lead to the Criminal Injuries Compensation Authority (CICA) becoming more in tune with the needs of the victims of crime.

Some of the changes which MP’s are saying need making include:

The scheme has been amended over the years to include more appropriate categories but there is now more pressure for the current scheme to be overhauled.

Sarah Champion MP has said “The whole scheme needs comprehensive reform so that victims and survivors are put at the centre of the process because, right now, it is all about saving the government money not supporting people to rebuild their lives shattered by crime.”

The CICA scheme has made changes in recent years. For example in February 2019 the Ministry of Justice announced that they had brought forward legislation to abolish the “same roof” rule.  Prior to this, people who were victims of crimes committed by members of their family prior to 1St October 1979 were not eligible for compensation. In July 2018, it was decided in the Court of Appeal that the pre-1979 ‘same roof’ rule had unfairly denied a claimant, who was abused as a child by her stepfather, the right to compensation. The Government agreed with the judgement.

If you would like to talk to someone in the Child Abuse department in confidence then please do not hesitate to contact us through the website or call us on 0800 138 4700. 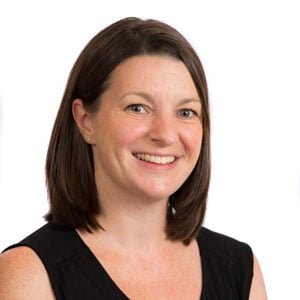 Helen is an Associate Solicitor within our Child Abuse Compensation team at our Wakefield office. She has specialised in this type of work since 2005 and joined Switalskis in June 2013. She later became an Associate having passed the company's in-house development programme. Helen's profile