Daughter cut out of mother’s will loses legal battle

Yesterday at the Supreme Court, three animal charities won a case against Mrs Heather Ilott who had been cut out of her estranged mother’s will.

Mrs Melita Jackson (Mrs Ilott’s mother) made her will in 2002 and passed away in 2004. Mrs Jackson left her entire estate to The Blue Cross, RSPB and RSPCA. Mrs Jackson made no provision for her daughter as they had been estranged for 26 years. Mrs Jackson stated that she could see no reason why her daughter should inherit in any way from her estate and explicitly instructed the executors to fight any claim Mrs Ilott might make.

Mrs Ilott brought a claim under the Inheritance (Provision for Family and Dependant) Act 1975 for “reasonable financial provision” and was originally awarded £50,000. The Court of Appeal increased the sum awarded to £160,000. The Court stated that Mrs Ilott, who was reliant on benefits, would otherwise face a life of poverty and that she had been “unreasonably excluded” from her mother’s will.

Handing down their unanimous verdict today, the judges confirmed that the estate should be left to the charities and that Mrs Ilott should only receive the initial sum awarded of £50,000.

The Supreme Court’s decision restores individual’s testamentary freedom to leave their assets to whoever they wish on death and reduces the likelihood of grown up children who are not financially dependent bringing claims against an estate.

This case is a reminder that wills can be challenged by disappointed beneficiaries. Anyone who is considering excluding a family member or dependant under the terms of their will should obtain legal advice to ensure that all reasonable steps are taken to reduce the likelihood of a claim being successful. To speak to a member of our Wills and Probate team please call: 0800 138 0458. 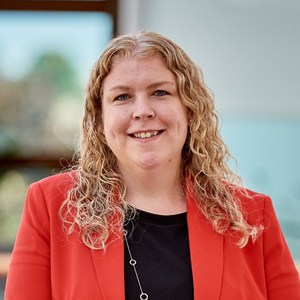 Catrin is a Solicitor and heads our Wills & Probate team. Along with her team, she helps clients across Yorkshire and beyond through our network of offices. She qualified in 2005 and joined Switalskis in 2010. She was awarded Associate status by the firm in 2019 and was instrumental in helping us become Dementia Friendly. Catrin's profile