Switalskis Solicitors are representing the family of Harry Whitlam, an 11-year-old boy who was  struck and killed by a reversing tractor on 9th August 2013.

The tractor was driven by Gary Green, a self-employed farmhand who was found to be over twice the legal drink-drive limit at the time of the accident at Swithens Farm, Leeds. The police were unable to bring a criminal prosecution under the drink-drive laws enshrined in the Road Traffic Act 1988 because the accident took place on private, not public land.

Instead, Mr Green was prosecuted by the HSE under Section 3(2) of the Health and Safety at Work Act 1974. In proceedings under the Act the sentencing powers available to the court are considerably lower for what is essentially the same offence – driving whilst under the influence of alcohol.

It’s now over 3 years since the accident and on Tuesday 13th December 2016 Mr Green was finally sentenced to 16 months and 2 weeks in prison. During the sentencing hearing it was revealed that Mr Green had pointed out to the police officers breathalysing him at the scene of the accident that they “couldn’t prosecute” him as he was on “private land”.  It was also revealed that Mr Green had two historical convictions for drink-driving.

Expert evidence was presented to the court indicating that Mr Green must have consumed around 13 pints of beer the previous evening. By his own admission, he stopped drinking at around 1.45/2.00am and the accident occurred at 9.15am the following morning, only some six hours after.

In sentencing Green, Judge Kearl QC said that whilst under the influence of alcohol the risk of Mr Green causing death or serious injury to people on the farm (not just Harry) was both “foreseeable” and “high”.

The Judge also said that had Mr Green not been affected by alcohol, his ability to avoid the accident would have been greater and specifically, that the collision “could and should have been avoided”. He concluded that alcohol “significantly reduced” Mr Green’s ability to control the tractor and trailer and that “the operation of the vehicle fell far below the standard expected.”

When addressing the sentencing guidelines Judge Kearl QC was clear that Mr Green’s offence to fell into the “very high” category of seriousness as the dangers of operating large machinery whilst under the influence of alcohol were “obvious”. The risk of serious harm fell into the highest category (A), and he had taken into account the other people on the site who are all exposed to risk, as well as Mr Green’s previous drink-driving convictions.

“The sentencing today of Gary Green for 16 months and two weeks has highlighted the need for a review of the penalties available under Health and Safety legislation for offences of this type.

The current penalty for this offence has not changed in a considerable time. And certainly not in line with public policy on the issue of drink-driving.

Had this offence taken place on a public highway – in all likelihood Mr Green would have received a custodial sentence of around 6 years.

As part of our campaign – Whitlams Law – we are asking for a review of the sentencing guidelines for HSE prosecutions of this nature.”

Harry’s mother Pamela Whitlam, supported by other members of the family, are calling for a change in the law to secure tougher sentences for people who drink-drive – irrespective of whether they are on public or private land. This could be achieved in one of two ways:

When using Social Media please use the hashtags #WhitlamsLaw 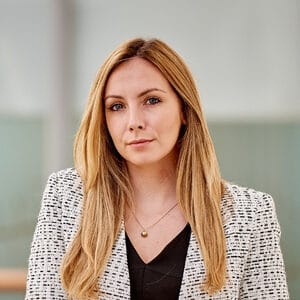