On Thursday 4 August 2016 at a hearing at Durham Crown Court, former Archdeacon George Granville Gibson was found guilty of two counts of indecent assault against young men. On Monday 31 October, Gibson was sentenced to 12 months in prison. He will be placed on the sex offenders register.

As a retired cleric, Gibson held a number of posts with the Church of England before serving as Archdeacon of Auckland. The conviction relates to abuse which occurred during Gibson’s role in the Clergy in the Diocese of Durham.

Switalskis Child Abuse Compensation team represents one of Gibson’s victims. Our client spoke of his relief after his attacker was finally jailed.  Now 58, our client said: ‘It’s not so much he’s been jailed, it’s more I have finally been believed.’

The offences took place many years ago when he was just a young boy undertaking community service work at St Clare’s Church. At the time, he told his social worker, who did not believe him.

Gibson was also convicted in relation to offences against a young trainee clergyman. Since the trial other complainants have come forward.

“Following the conviction today of the Venerable Granville Gibson on two charges of indecent assault, we offer an unreserved apology to all the survivors and those affected by this news.”

To read the full statement published in the Northern Echo on 4 August 2016, please click here.

If you are a witness in relation to any abuse perpetrated by Granville Gibson, please contact the Child Abuse Compensation team at Switalskis Solicitors in confidence on 0800 138 4700. For further information or comments, please speak to Solicitor Caroline Chandler or contact the team using the contact form below. 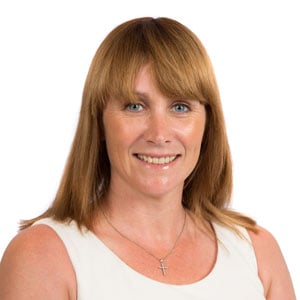