Mediation blog: We all need reassurance

In Andrew Baines’ latest family mediation blog, we pick up the thread of Mary and Steve’s story as they try to settle their disagreements and separate in an amicable way.

I had spent some time with Steve and Mary in their mediation and had spotted that they were spending a great deal of time criticising each other. “No surprise there” said Mary, as I brought it to their attention. Mary confided that she was still a little raw from the breakdown of her marriage. Both she and Steve expected their marriage to last for life. It hadn’t and Mary tearfully said she felt that she was a failure.

I pondered aloud that Mary’s feelings of failure were showing up through her criticism of Steve. Mary looked at me quizzically. I explained: “I’m wondering if the criticism is more geared to helping you feeling better about yourself, rather than towards sorting arrangements for the children.” I hastened to add that it was only natural when you’re feeling raw to protect yourself. It was my turn to receive “the look” from Mary. “Yes, I do need to look after myself” said Mary, “and if I can’t talk as I want in mediation, then I don’t want to do it and I’ll get my solicitor to look after me instead.”

“Mary, I think it would be helpful for us to have a word in private, just to make sure we are still ok with the mediation.” Steve indicated he was happy for me to do this, so Mary and I found a separate room to chat.

Mary told me that she felt intimidated by Steve’s presence – she believed he was more intelligent than her – and that he would be able to out-argue her in any discussions. She felt the need to get in all the criticisms to level the playing field.

That might be right, I suggested, if you were trying to win an argument. But that’s not what we’re doing here. We’re exploring options to ensure that your children get the best parenting from both you and Steve. I reassured Mary that mediation was about finding the best way forward, not trying to right the wrongs of the past. My aim in the mediation would be to help Mary and Steve clarify what each of them wanted to do for Jack, Grace and Billy, and equally, what each of them expected the other to be doing. Where these conversations take place there is no place for arguments and criticism – Mary and Steve would be working together to find the best parenting that they could give to their children.

Mary might not have been completely convinced about this, but said that the alternative of going to court was not very attractive to her at this moment in time. She wanted to be able to talk to Steve about all the good things she knew he could do if only he would get his act together. She agreed to return to mediation and get the conversations going.

In my next blog I’ll look at how those conversations did get going and how Steve and Mary began to work together for their children. 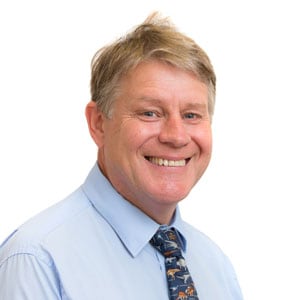 Andrew is a qualified Family Solicitor and Mediator based at our Bradford office. He joined Switalskis in 2007. He blogs regularly with a particular focus on Family Mediation where he has a keen interest in providing constructive outcomes that benefit all parties in the event of a relationship breakdown. Andrew's profile