Long campaigned for changes to the way domestic abuse cases are handled in England and Wales could become a reality if the draft Domestic Violence and Abuse Bill is passed by MPs.

In particular, people accused of domestic abuse who don’t have their own legal representation will no longer be able to cross-examine their former partner in the family courts.

The bill also makes provision for a new definition of domestic abuse that covers forms of abuse beyond physical violence, including economic abuse and control.

Other proposals include establishing a national “domestic abuse commissioner” who would oversee measures to raise awareness and provide support to domestic abuse victims.

Head of Family Law and domestic abuse specialist Razia Jogi said: “It takes immense courage for victims of domestic abuse to come forward. Many victims do not speak of the abuse that they are experiencing within family relationships due to fear. Any changes which may encourage victims of abuse to speak and seek help are much welcomed by all who work, on a day to day basis, with such people.

“We are relieved to see that the government is taking action to remove some of the barriers that victims face when seeking to leave an abusive relationship or resolve serious problems arising from domestic violence. Our hope is that despite the current climate, the bill is given full priority to prevent further delays.”

The bill has now reached draft stage after a public consultation which received more than 3,200 responses closed last spring. First announced in the Queen’s speech in June 2017, the bill has been hailed as a “once-in-a-generation” opportunity.

This also comes after a relaxing of the eligibility test for domestic violence legal aid in 2018, which meant that victims can apply for legal aid even when the evidence available is older than the previous five-year time limit. 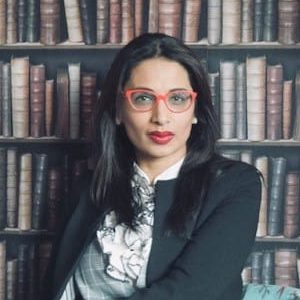 Razia is a Solicitor within our Family Law Department and is a Director of Switalskis. She is based in our Bradford office and is a Resolution Accredited Specialist in domestic abuse and private law children matters. Razia's profile