Concern over sexual abuse in schools

One of the biggest issues victims of child abuse face is being able to disclose what happened and feeling supported. It often helps if others have made similar disclosures.

Time and again clients tell me that that they didn’t tell anyone what was happening at the time because they didn’t think they’d be believed. Any steps to change this are to be welcomed.

Therefore, I had mixed feelings when reading about the number of allegations made on the Everyone’s Invited website as widely reported in the press recently. Whilst it was positive that so many young people are willing to come forward and disclose what happened to them, perhaps aided by the posts being anonymous, the number was shocking with over 8,000 allegations made so far.

Often the stories hitting the headlines concern abuse by members of staff upon students. However, the website has uncovered a much wider issue concerning harassment and sexual violence carried out mainly by young men and boys against girls and young women at schools, colleges and universities.

The issue is so serious that a number of politicians have now called for an inquiry.

It is essential that those who have been subjected to such behaviour feel supported in disclosing the abuse and that there are cultural changes within these institutions. Allegations must be investigated and, where appropriate, criminal action taken. The expected setting up of a national helpline whereby referrals can be made to the police is a welcome step in the right direction.

In terms of civil options, a claim against an institution for pupil-on-pupil abuse is possible and will depend upon the facts of the individual case. It is necessary to prove that the institution knew or ought to have known what was happening but did nothing to prevent it. Consideration can also be given to bringing a claim against the perpetrator of the abuse and a claim to the Criminal Injuries Compensation Authority is also an option which can be considered. I have dealt with a number of claims of pupil-on-pupil abuse.

Switalskis have many years of experience in acting for victims of abuse, including those at schools and colleges. If you would like to speak to one of our experienced team of solicitors for advice we can guarantee that you will be dealt with sensitively and with the utmost confidence.

If you would like to contact Samantha Follows from our Child Abuse Compensation department confidentially, her email address is samantha.follows@switalskis.com. Alternatively, we can be contacted on 0800 138 4700, or you can contact us through the website. 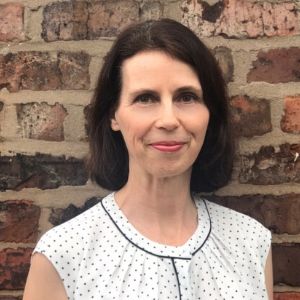