“All People Can Change”

I recently acted for a child in a case which, at first glance, seemed a sad but inevitable tale of parents with a poor history loving their child but being unable to care for him. Application for an interim care order and removal from parents was approved within days of his birth.

The mother had two older children, born 6 and 8 years earlier when she was still a child herself and who had been placed for adoption. In those proceedings she was found to lack capacity and to be unable to instruct her solicitor without the help of the official solicitor due to her having a learning disability. The father had 2 older children and had social services involvement due to domestic abuse in that relationship; alcohol misuse and his unstable mental health. Some of these concerns were still apparent as recently as 2018.

Fortunately the Court was persuaded to further assess these parents. A capacity assessment confirmed that over the years the mother’s abilities had improved. She now had capacity and her IQ had improved so she was now said to have a learning difficulty rather than disability. The local authority agreed after negotiation by the guardian and me to do a specialist PAMS assessment of the mother to help identify her strengths and weaknesses as a parent. Father underwent alcohol testing.

The assessments showed a positive relationship between the couple. Both were able to bring different strengths to be able to parent their son. Between them they were able to meet his needs. As a consequence of the right assessments being pursued at the outset of proceedings the child was able to return home within 6 months. Due to the parents’ high levels of cooperation, positive working with social services and health visiting the Court felt a 12 month supervision order would safeguard the child. The local authority no longer needed to share parental responsibility. Leaving the parents to make the decisions about their child’s future.

The case evidences the need for all professionals to take account of past failings but to consider changes made and to reflect upon whether parents have progressed. As the Judge commented in her judgment “All people can change”. 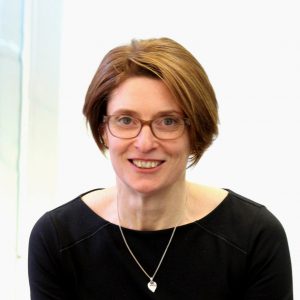 Louise is a director of Switalskis and a Solicitor Advocate within our Child Care Law team. She qualified as a solicitor in 1996 and has been a member of The Law Society’s Children Panel since 2000. Louise is based at our Bradford office. Louise's profile